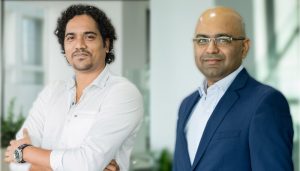 Amazon-owned game streaming platform has continued its focus on the APAC region with the hires of two former Dentsu Aegis Network (DAN) execs and its first salespeople in Taiwan.

The appointments are Sunil Yadav as agency development lead for APAC and Mandar Kambli as programmatic enablement lead.

Yadav joins Twitch after spending the past year setting up a management consultancy and spent over 10 years at DAN APAC. During this decade-long tenure, he served as president of Amplifi, its media innovation business, and also built up its programmatic agency Amnet across 14 markets.

Working at Twitch, Yadav will lead all agency partnership negotiations and relationships. This will include helping APAC brands and media agencies to build deeper relationships with audiences in the region.

Kambli will be charged with developing and supporting Twitch’s revenue growth across a number of regions.

Yadav said: “Gaming and livestreaming are two areas where APAC’s audience and its passion are unparalleled, and we are just scratching the surface of the exciting new things that are possible for brands on Twitch’s platform.”

Kambli said: “Twitch is multiplayer entertainment – it’s unique, interactive, live, and such an exciting place to be, whether you are a viewer, creator, advertiser, agency, partner or anyone in between. And our goal is to work hand-in-hand with everyone to make the most of it.”

The company also announced its first sales hires in Taiwan, who will join the existing content and marketing teams in having a physical presence in the country.

Steve Ford, VP, sales, APAC, said: “As new users in APAC and across the world are continuing to come to Twitch, they are finding their community and forming lasting bonds with creators. Our continued expansion will make for a better experience for these new users, as well as the brands that excite them. We’re planning even more big hires across APAC in 2020 and beyond, and look forward to taking exciting new steps in a number of markets here.”

These appointments follow the hires of Sandeep Survarna as APAC head of marketing and former Spotify exec Sunita Kaur as managing director in August and February respectively.

While being the de facto name in game streaming in Europe and the US, Twitch has struggled to gain a foothold in Asia, and is significantly behind the likes of Tencent’s Douyu and Huya. It may fall even further behind when Tencent completes the merger of both streamers to create a US$10 billion esports streaming giant.