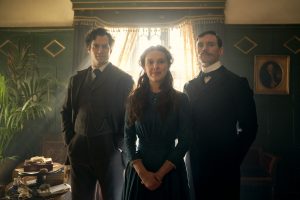 The latest update to the Mac operating system – macOS Big Sur – will add support for 4K viewing of Netflix, but only on a few devices.

The 4K support was discovered in a beta build of the OS in June, and now it has been confirmed by Netflix – though on a much more limited number of devices than was probably hoped for.

As stated on a Netflix support page, viewing of UHD Netflix will be available via Safari on Mac devices running Big Sur, but only on desktops and laptops produced after 2018.

These are all devices that have Apple’s newer T2 security chip. Reports have suggested that the chip is better equipped to handle 4K content due to its build-in video processing power and support for the HEVC codec, though the security-focused nature of the chip could mean that the requirement is to do with DRM.

Apple has been producing 4K-capable devices for over half a decade, with this latest news likely proving frustrated for users who may have purchased one of Apple’s early 5K iMacs back in 2014.

More frustrating is the fact that such devices are evidently capable of UHD viewing, streaming and gaming. YouTube, for example, has been available in 4K on Mac laptops and for a number of years.