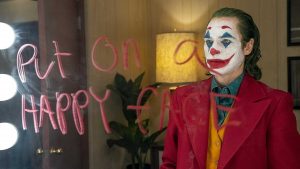 Movie rentals are surging in the UK, according to a newly launched ranking from the country’s Official Charts Company.

The body has launched what it claims to be the first monthly VOD chart service in the world to be based on data from digital retailers, which delivers a view of consumer engagement with transactional VOD services.

A number of key digital retailers providing data for the new chart include Amazon, Apple, Rakuten, Sky Store and Talk Talk TV. The service is also supported by the Entertainment Retailers Association (ERA) and the British Association for Screen Entertainment (BASE).

The first iteration of the chart indicates a swell of digital rentals during the UK’s lockdown period, with the first half of 2020 averaging 600,000 rentals per week but rising to 1 million per week after lockdown measures were introduced.

The chart will be produced on a monthly basis starting in the middle of October, and will be published on a month’s delay.

Martin Talbot, CEO at Official Charts Company, said: “We are delighted to deliver this world-first service and throw a light on the British public’s film rental habits. The list of the most popular titles illustrates just what a wide range of tastes the British public has, from Frozen II to Joker, or Jumanji to 1917 – as well as how huge the rental market remains in the UK, with more than 1m transactions in the majority of weeks this year so far.”

Liz Bales, CEO at BASE, said: “Alongside the Official Film Chart, which has been delivering a weekly snapshot of the EST film titles audiences are engaging with for nearly two years now, the world-first VOD chart marks a further significant step in giving distribution and retail a view of how film fans are consuming across a burgeoning digital landscape.

Kim Bayley, CEO at ERA, said: “The days of rushing to get your VHS cassette back to the rental store in time may be long behind us, but these numbers show that rental is still an incredibly popular way of enjoying films at home in the digital age, with lockdown only accelerating that trend.”

While launching after the period covered by the report, Disney’s decision to launch Mulan as a PVOD purchase on Disney+ has reportedly paid off, with the company announcing that the film will be made available on other platforms on October 6.