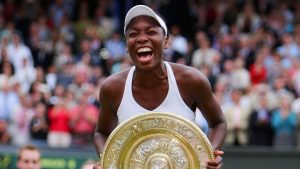 The Championships, better known as Wimbledon, will go ahead in 2021 – with or without fans.

According to a report from The Times, the tournament organiser the All England Lawn Tennis Club (AELTC) will move to stage the tournament behind closed doors if required. A significant reason for insisting that the event go ahead without live spectators for the first time in its history is that the AELTC is struggling to find an insurer that would be prepared to cover the event’s cancellation for the second consecutive year.

The 2020 event was called off for the first  time since World War II in April, with insurers paying out approximately £114 million.

However, the report says that the AELTC is insisting that the Grand Slam event be planned under the assumption that fans are able to attend. A growing realisation that the event’s audience may be curtailed from its usual capacity of 45,000 is said to be a best-case scenario.

However, fears still mount that the event’s staging will be difficult due to a lack of appropriate facilities around the club. Unlike the US Open which takes place in the heart of New York City, Wimbledon is a largely residential suburb of London. Players typically stay in rented accommodation, while they would need to be in biosecure bubbles in hotels.

The AELTC told the paper that: “We are actively engaged in planning for next year’s Championships and are considering multiple scenarios at this point in time, given that the Championships is still many months away.”