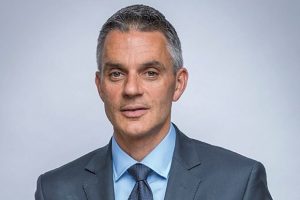 The BBC’s new director general Tim Davie has doubled down on previous comments about social media use of the broadcaster’s employees, saying that it could fire presenters and journalists who break its impartiality rules on their personal accounts.

At the beginning of September, Davie sent a memo to staff outlining his views on social media use and said that he would set out new guidelines on the use of platforms like Twitter, Facebook and instagram. He argued that people affiliated with the BBC risked damaging its reputation by airing their own personal views on politics and social affairs.

On Tuesday Davie clarified these guidelines would apply to presenters and journalists and told a committee of lawmakers: “I am prepared to take the appropriate disciplinary action all the way to termination.”

Davie said that “if they want to work for the BBC” then employees must abide by impartiality, even when they are not on a BBC-owned platform. This could extend to suspending Twitter usage for presenters and journalists, or termination for serious offences.

Match of the Day presenter Gary Linekar, the BBC’s highest-earning on-screen personality, has been one of the most vocal critics of this policy. Linekar, whose personal politics are more liberal-alligning, has been critical of the Boris Johnson-led conservative government and posted about an “excruciating” press conference from Johnson’s senior advisor Dominic Cummings in May.

Davie said that Lineker understood his responsibilities regarding social media, but the presenter responded on Twitter that “I think only Twitter can take people off Twitter.”

He later added: “Think I’ve got it: no more than 6 people that work with the BBC can tweet together in a pub after 10pm.”

The news comes after reports emerged suggesting that former Daily Telegraph editor and strong BBC critic Charles Moore is in line to replace Sir David Clementi as chairman of the broadcaster.

Since that report emerged, Digital, Culture, Media and Sports (DCMS) chairman Julian Knight said that the appointment of Moore would be “beyond the pale” in light of the fact that he had been convicted of refusing to pay the licence fee.

Knight said: “Surely as an organisation which is absolutely wedded in change to the licence fee, which is 70% of its revenue, to have a chairman, whoever that may be, to be convicted of non-payment of a licence fee seems to be completely beyond the pale? It’s almost like being convicted of fraud and being in a bank.”