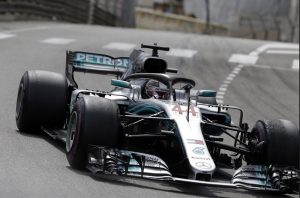 Motorsport championship Formula One will launch its F1 Pro OTT service in Brazil as a part of a five-year media rights deal with investment firm Rio Motorsports.

Rio Motorsports will distribute the F1’s rights in the country through to 2025, with commercial broadcaster Globo’s broadcast deal ending this year after 40 years.

The F1 Pro streaming service meanwhile looks likely to be introduced for the 2021 season, with Rio Motorsports set to sublicence the broadcast rights to pay TV, FTA and digital broadcasters.

The F1 is looking to enhance its position in Brazil and is currently discussing bringing a race to Rio de Janeiro from 2021. This would replace the Brazilian Grand Prix’s home of Sao Paulo, with this contract set to expire this year.

The news comes shortly after it was announced that Stefano Domenicali has been appointed F1 CEO from January 2021.

Domenicali, the former principal of Ferrari’s F1 team between 2008-2014, will replace Chase Carey from January who himself will become F1’s non-executive chairman. It marks the Italian’s return to the sport, having spent the past four years behind the wheel of Lamborghini.

As CEO and president, Domenicali will be charged with overseeing the growth of the sport professionally and commercially, along with enhancing its positions as one of the most-watched motorsports competitions in the world.