Serie A bidders reportedly in talks with broadcasters 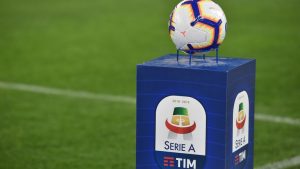 A number of private equity groups seeking to invest in Italy’s Serie A are reportedly discussing media rights with a range of prospective broadcast partners.

The league’s clubs are currently in the process of reviewing a one joint offer from Bain and NB Renaissance, another from a consortium led by CVC Capital and a third bid from state-backed FSI.

The parties are looking to purchase a 10% stake in a new company that will manage Serie A’s broadcast rights for a decade. The company’s creation was approved earlier this month with final bids due on September 30.

In the latest development, a local paper reports that the bidders are in talks with broadcasters over potential rights deals should they be successful.

The CVC-backed consortium is said to be discussing rights deals with Amazon and TIM, with it reportedly keen to get new entrants to bid against established rights holders Sky and DAZN. This offer is valued at €1.62 billion, with the body also reportedly talking to agency IMG about its soon-to-expire €360 million international marketing deal.

Meanwhile, Bain-NB is believed to be speaking with Spanish media rights agency Mediapro as a part of its €1.35 billion deal. Mediapro previously lobbied for the creation of an in-house Serie A TV channel as a part of a previously lodged rights deal, but this was withdrawn after delays and postponement of votes on the deal. This channel however could be revived should the Bain-NB body succeed in its investment in the new company.