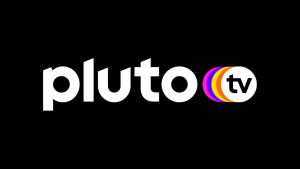 The AVOD launched in the region in April across 17 countries – though it will only be available on Roku in 11 of those – and has a free content library of more than 18,000 hours.

This means that viewers in Bolivia, Dominican Republic, Ecuador, Paraguay, Uruguay, and Venezuela will be unable to access Pluto on Roku – though this isn’t a surprise as Roku itself is not available in these countries.

Pluto TV will also launch in Brazil in December and, following Roku’s recent expansion to the country, it would seem likely that the streamer will be available via Roku devices around then.

In total, Pluto TV says that it reaches more than 33 million users internationally across the US, Europe and Latin America.

Marco Nobili, the SVP of emerging business and strategy (who himself joined ViacomCBS from Netflix in May), said: “We are excited about the arrival of Pluto TV to Roku, because it will allow our users to have an excellent experience of streaming content on a bigger screen, easily, comfortably and without restrictions. Increasingly, our audiences can enjoy Pluto TV on their device of choice.

“We believe that Pluto TV is a great complement to all of our distribution partners who can offer free fan-favorite content to their subscribers and users on the same platform that they consume content.”

Yulia Poltorak, director of international content distribution at Roku, said: “We are thrilled to welcome Pluto TV to the Roku platform in Latin America. Now more than ever, our users are asking for free content on the Roku platform and with the arrival of Pluto TV, they will be able to watch hours of content from its robust catalog of critically-acclaimed movies, TV series and entertainment specially curated the entire family to enjoy.”