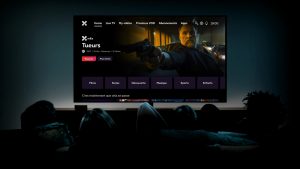 The new service replaces Proximus’ legacy AOSP-based TV offering and is currently being made available to all subscribers of the existing TV offer, comprising over 1.65 million legacy set-tops.

3SS said that the deployment is expected to become one of the largest Android TV Operator Tier deployments in Europe. The service is built on Android P and is delivering a personalized customer experience based on the 3Ready Android TV system from 3SS and Technicolor Connected Home’s Sapphire set-top and middleware.

Following a pilot that began last October, Proximus launched the service and began to make it widely available to subscribers in July.

Netflix and Disney+ are both bundled and integrated, and supported with single sign-on. Subscriptions can be managed directly via the 4K HDR box, and viewers can browse the content library of a service before buying.

3SS is helping Proximus to offer a personal experience to subscribers in French, Dutch and English including live TV and trick-play for recordings, VOD and Replay, including  ReplayPlus to add days, a mini EPG, including a seven-day backwards TV Guide for selected channels, unlimited concurrent recordings using network DVR, pre-installed apps from Google Play Store at start-up,Google TV Services such as YouTube, Google Play Store, Google Assistant and Chromecast  Netflix with billing integration offered as a dedicated in-app viewing bundle, and Disney+ with billing integration.

“We discovered in our consumer survey last year that more than one in three Belgians has trouble choosing a programme, and almost one in two think they waste time looking for what to watch. Moreover, we learned that 70% of consumers want to have all their content in one place, so we knew Android TV was the answer. Now, thanks to close collaboration with our key technology partners, with their great talent, innovation and expertise, with Proximus Pickx we’re delivering a sophisticated, viewer-centric entertainment service,” said Jim Casteele, chief consumer market officer at Proximus.

“We are immensely proud to have been entrusted by Proximus to help deliver this ambitious and highly innovative project.

Proximus deserves huge congratulations on the launch of its Proximus Pickx Android STB-enabled TV service and we are confident that audiences across Belgium will love this new, next-gen, personalized TV experience,” said Kai-Christian Borchers, managing Director of 3SS.