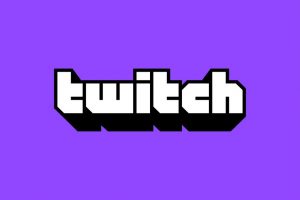 Amazon-owned game streaming platform Twitch has sparked the ire of users with the introduction of automatically inserted mid-roll ads outside of the control of streamers.

In a blog post, the company announced an experimental feature that will introduce ads into a stream “if the viewer has [not] had an ad break in that channel recently” – even if the streamer specifically does not want ads against their livestream.

Twitch specified that it is an experimental feature and that the ad revenue will help creators (with the platform presumably skimming money off the top). A user’s stream will be minimised to a picture-in-picture view, with their audio being replaced by the ad.

Typically, ads only play on videos as pre-roll (i.e when a user first selects a video) or at the discretion of the streamer. However, Twitch will now determine the appropriate length of time between ads – though this has not been specified – and automatically trigger one if that length has been exceeded.

These inserted ads will not be delivered to viewers who are subscribed to the channel they are watching or who pay for the US$8.99 premium Twitch Turbo subscription which removes advertising site-wide.

The reason for the controversy is because, unlike in broadcast TV presentations where picture-in-picture ads are generally placed at opportune moments either over lulls in sports matches or during the end credits of shows, this will be completely random and could potentially result in viewers missing key action.

Though it is a test, streamers and viewers alike have taken to Twitter to make their feelings known.

Shaun, a prominent YouTube creator, tweeted: “my response As A Twitch Partner is that i think this is an awful feature and if implemented i would like a way to opt out of it.”

Meanwhile, Brian Dechart, an actor who starred in the video game Detroit: Become Human  and who also is a streamer, added his thoughts posting: “Please don’t @Twitch! We take 5 minute breaks every hour so we can run our ad block and no one misses this stream and to disable pre-roll ads so people can just JOIN the stream. I’d be happy to pay whatever amount you’re trying to raise each stream so viewers don’t miss out!”

As The Verge points out, Twitch affiliates earn a measly US$3.50 per 1,000 views, suggesting that even an increased level of ad revenue will do little to generate extra income for modestly-sized. This is why most streamers will make most of their streaming money via subscriptions, donations from viewers and third-party affiliate deals.