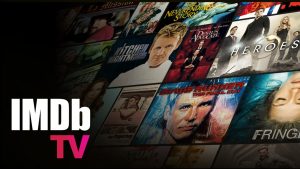 US network AMC has partnered with Amazon-owned IMDb TV in a deal that will place six AMC channels on the free, ad-supported streamer’s ‘Watch Live’ line-up.

Two channels have already launched, including The Walking Dead Experience, which will feature past episodes of AMC’s apocalyptic horror series The Walking Dead and its spin-off Fear The Walking Dead, as well as related series like Ride With Norman Reedus, along with bonus material, cast interviews and behind-the-scenes footage.

Last week, it was revealed that The Walking Dead would come to an end in 2022 with an extended 11th season, but followed up by several spin-off projects.

IMDb TV has also launched AMC: Presents, which will showcase the network’s original series, such as Halt And Catch Fire and Turn: Washington’s Spies, as well as movies and unscripted originals.

The four remaining channels, which will be launched in the coming months, are Absolute Reality by WE tv, Rush by AMC, IFC Films Picks, and Slightly Off by IFC.

Amazon has been steadily increasing the amount of programming available on IMDb TV since its launch in January 2019. The service added free linear channels earlier this year and the addition of the two from AMC brings its total to 20, with other offering including channels for FilmRise, TasteMade and Divorce Court.

“This comprehensive, tailored content solution for IMDb makes the great shows and franchises AMC Networks is known for available to even more fans and viewers and expands our programming footprint in a compelling way on an exciting and emerging platform,” commented Kim Kelleher, president of advertising sales and partnerships for AMC Networks.