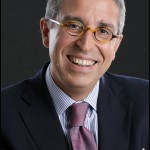 In a first sign of possible moves towards a peace deal between the warring companies, Vivendi and Mediaset’s respective CEOs had a phone conversation on Wednesday that reportedly was cordial.

The call between Vivendi’s Arnaud de Puyfontaine and Mediaset’s Pier Silvio Berlusconi came after Vivendi secured the overturning of an Italian media law that prevented it from exercising its full voting rights as a shareholder in the Italian group,

Mediaset’s shares have risen in value despite or because of that European Court of Justice ruling and earlier legal reverses that scotched its plans for a cross-border merger with its Spanish arm, with investors pricing in a reconciliation with the French media giant and potential new opportunities for Mediaset itself in telecoms.

The rise in value of the company also came despite disappointing half-year numbers, with the company confirming revenues of €1.166 billion, down from €1.482 billion last year, and a loss of €18.9  million against a profit of €102 million.

A ruling by media regulator AGCOM forced Vivendi to transfer the bulk of its 29% stake in Mediaset to a trust to meet the terms of the TUSMAR media law that prevented companies from simultaneously holding large stakes in media and telecom companies. Vivendi is the largest single shareholder in Telecom Italia (TIM).

Vivendi this week secured an ECJ ruling that effectively declared that media law to be in breach of EU regulations, opening the way for the French company to exercise its full voting rights.

The ruling has now led AGCOM to ask for government advice on the impact of the ECJ ruling.

Mediaset CFO Marco Giordani said that the group would evaluate investment opportunities in telecoms when the legal situation becomes clearer.

TIM has played down the idea that the media outfit could become an investor in the planned single fibre network operator that it will majority-own.