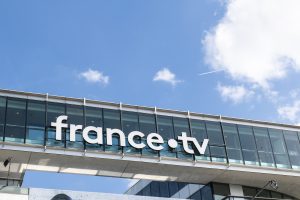 In an appointment revealed by Le Monde newspaper, Sitbon-Gomez, who is also director of transformation at France Télévisions’ production arm FranceTvStudio, will replace veteran Takis Candilis, who revealed to Le Figaro last week that he was leaving to resume a career in TV production.

Candilis, who told the paper that he had never intended to remain at the pubcaster beyond Ernotte’s first term as director-general, was appointed to the number two post in 2018, replacing Xavier Couture, drove through a significant restructuring of the pubcaster, downgrading the role of channel heads in favour of thematic-based reporting lines.

Sitbon-Gomez has worked for Ernotte since she took up the reins at France Télévisions in 2015. He previously worked as a parliamentary assistant at the European Parliament and as special adviser to French housing minister Cécile Duflot.

Ernotte was named director-general for an unprecedented second term by media regulator the CSA in July.

The watchdog said that it had chosen Ernotte for a second term on the basis of her competence and experience and its analysis of the strategic projects presented by the eight candidates for the role at interviews this week.

By extending Ernotte’s mandate, the CSA gave its backing to what it characterises as her project to transform the public broadcaster in the context of a rapidly changing environment, in a financially prudent way.

It also praised her plans to focus on content creation, a major part of the strategic project she presented at the interview, and to develop the pubcaster’s offering for children and young people and in news.