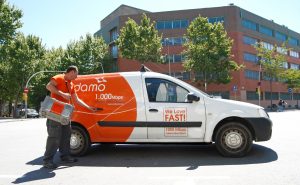 Spanish regional cable operator Euskaltel has signed a deal with fibre operator Adamo giving Euskaltel access to its entire fibre network across Spain. The wholesale agreement will give Euskaltel and its recently launched Virgin telco brand access to over one million homes nationwide, extendible to 500,000 additional homes that Adamo hopes to roll out to this year, the company said.

Euskaltel, which historically has operated in the Basque Country and – through acquisitions – Asturias and Galicia,  formally launched its national rollout with the Virgin telco brand on May 20, and reported 6,500 customers for the new brand as of June 30.

Euskaltel currently operates nationally via agreements signed with Orange and Telefónica. It said that the agreement with Adamo will increase flexibility and efficiency in national network usage, positively impacting on the company’s forecasts.

In each region, Adamo works with an local partner to expand its network. The company claims to be positioned to connect 30,000 new homes in rural areas each month.

José Miguel García, the Euskaltel Group’s CEO, said: “The agreement signed today is a significant step in the Group’s strategy, as it enables us to continue deploying and efficiently managing the network, both in terms of in-house deployment and also access to new homes via network sharing agreements like the one signed with Adamo. Our goal is to reach all towns and villages, even the most remote ones, and to help eliminate the digital divide in our society by offering the most advanced telecommunications services.”

Martin Czermin, Adamo’s CEO said: “We are gaining an important partner, but above all, a partner that is interested in offering state-of-the-art telecommunications services to Spain’s rural areas. It is here where we have become the face of the Internet in rural Spain. Adamo’s growth is achieved not only through its own customers; its wholesale customer numbers are also growing. The Adamo network has been open to other operators from the start and we have many wholesale agreements all over Spain.”