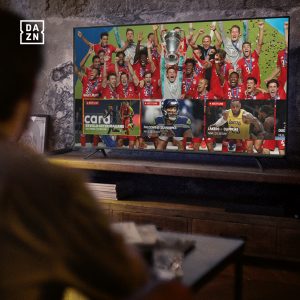 DAZN has announced a partnership with Deutsche Telekom which will see the sports streamer available on MagentaTV in Germany.

The DAZN app is now available on the MagentaTV stick, and on set-top boxes from generations 401, 601 and 201.

A partnership between DAZN and Deutsche Telekom follows a similar deal announced last week between the sports disruptor and leading pay TV operator Vodafone, and at a time when the company is reshuffling its strategy to focus on core markets under acting CEO James Rushton.

The partnership is also logical for Deutsche Telekom, which declined to enter the Bundesliga rights bidding earlier this year. Customers will now have access to over 8,000 live sports events via DAZN, including the aforementioned football and other sports including NFL, NBA and NHL.

Ben King, chief subscription officer at DAZN said: “Magenta TV is the preferred TV viewing platform for millions of households across Germany. Today’s launch ensures these customers can now access the best domestic and international sport in their own living room, directly through their primary remote control.

“This collaboration with Deutsche Telekom is an important step in our vision for making DAZN the most accessible and friction-free premium sports experience in the world. We will continue to innovate together to enhance the live sport streaming experience even further, as DAZN becomes the natural home of live football in Germany.”