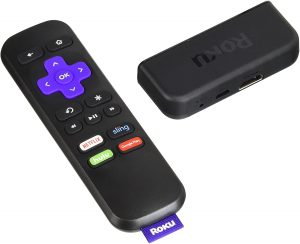 US streaming device maker Roku has announced the launch of Roku Express in Brazil, its first for the market.

As per Roku’s other products, the streamlined streaming stick will connect to TVs via HDMI and offer access to a plethora of free and premium streaming apps.

For Brazil in particular, Roku offers a streaming line-up of 5,000 channels via the Roku Channel Store including Netflix, Globoplay, HBO GO, Prime Video and Apple TV+. These are complemented by the recent addition of cinema hub Telecine and AVOD Vix.

Arthur van Rest, vice president of international at Roku, said: “We’re thrilled to launch the first Roku streaming player in Brazil. We entered Brazil in January with the AOC Roku TV and are thrilled to expand our product offering with the Roku Express, which will bring an affordable streaming experience to even more consumers in Brazil.”

Roku saw a better-than-expected Q2 with device sales increasing to US$111.3 million with 43 million monthly active users. The company will hope that launching in the 200+ million strong country of Brazil will aid in this growth.