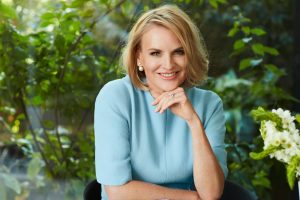 Discovery is streamlining its EMEA business by aligning a number of its markets.

The company said that this would help to improve its strategic focus and enable further investment in its increasingly important D2C business.

The first major change is adding the Nordic markets to the remit of UK boss James Gibbons, who now has the title of GM UK and Nordics. The Nordic markets themselves will be streamlined into one unit, rather than disparate countries, under current Swedish boss Nicklas Norby. Norby will report to Gibbons.

Meanwhile Benelux will fall under the jurisdiction of German GM Susanne Aigner. Spain and France will be unified under Antonio Ruiz, who will serve as GM Iberia and France.

On the other side of the continent, Jamie Cooke, current SVP chief of staff EMEA, will take up the reins in a new combined role which covers Russia, CEEMCA, MEA and pay TV, while also continuing to cover maternity leave for Victoria Davies, SVP GM Central & Eastern Europe, the Mediterranean and Central Asia.

Only one departure has been announced by Discovery, with Piotr Korycki – the CEO of Polish TV network TVN – leaving the company. Korycki will not be directly replaced as EMEA president and MD Kasia Kieli will take a leadership role at the network.

Of the shakeup, Kieli said: “We are working systematically to rationalise our operation and find synergies and efficiencies across our EMEA business. We have come a long way over the years and with this restructuring we have defined a clear path towards a leaner operating model, where we utilize the best competence across markets. By combining knowhow and leveraging our scale, we will be able to streamline decision making and operate with greater speed and focus towards future business opportunities.”

The announcements line up with Discovery’s strategy to increasingly focus on D2C streaming services, with CEO David Zaslav recently saying that its plan is to create “a new SUV” to the “great sports cars” of Netflix, Amazon et al.