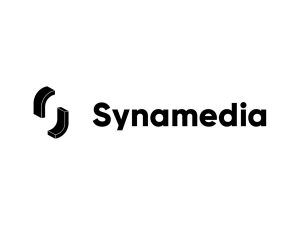 Synamedia has announced a new intelligence-first security model as it looks to tackle industrial-scale piracy.

The video software provider launched its new video security approach at a digital press conference ahead of next week’s IBC showcase.

Claiming to be an industry first, the data-led model promises to eradicate streaming pirates’ businesses while protecting legitimate providers’ revenues with a data-led model that also enables measurement of efficacy and ROI of anti-piracy campaigns.

Synamedia says that the approach combines human and digital intelligence and provides “unparalleled forensic insights into the minds, motivations and behaviors of pirates, and their infrastructure and business models, for a more powerful, targeted anti-piracy response”.

This approach is being taken across Synamedia’s portfolio, with a number of its products already seeing product enhancements, including a redesign for counter-piracy operations centre Synamedia EverGuard and its Streaming Piracy Disruption managed service.

Yael Fainaro,  SVP of security at Synamedia, said: “Video piracy is becoming an existential threat to the media industry because the barrier to entry is low and the return on investment very high. Eradicating these businesses is made more difficult by the fact that they have sophisticated operations, are well organized, and make extensive use of the latest technologies.”

VN Cloud is claimed to be “ the industry’s first solution to offer end-to-end video network functionality on any public, private or hybrid cloud.”

The solution is designed to bring full automation to the launch, scale up and scale down of channels that will allow customers to launch new channels “in minutes instead of months.”

Julien Signès, SVP and general manager, Video Network at Synamedia, said: “Our managed service proposition allows service providers, content owners and broadcasters to reinvent themselves by delivering broadcast quality services with the cost control and flexibility of the cloud. As we designed VN Cloud, we focused on providing total control of complex, hybrid workflows from scene to screen while managing costs and with the insurance policy of cloud-based disaster recovery.”