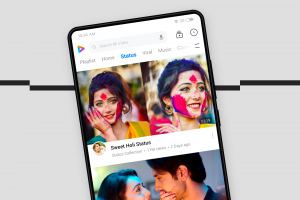 Mi Video users will have access to Dailymotion’s premium video catalogue, allowing them to view music, news, sport and entertainment content from the French company.

Dailymotion said that the partnership would allow both parties to grow their audiences and pursue an international growth strategy.

Xiaomi is currently the fourth largest smartphone company globally. In March , the number of active monthly users of its Android-based MIUI operating system was 330.7 million, up 26.7% year-on-year.

“Thanks to this partnership, Xiaomi gains access to a catalogue of premium videos without having to negotiate individually with each of its publishers. From their side, the publishers, which are frequently in search of new audiences, will gain access to Mi Video users across the entire world,” said Stéphane Godin, chief content officer at Dailymotion.

“The diversity of Dailymotion’s catalogue enables us to offer videos to a global public. We are delighted to be able to provide to our users this new selection of content to browse, always respecting their privacy,” said Li Xiang, head of Mi Video at Xiaomi.