Polish cable operator Vectra has launched its first Android TV set-top box, adding to two IP-based devices it has already launched to its customer base.

Vectra said the new box has been undergoing commercial user trials among its subscriber base since May and will be launched more widely soon along with a more flexible service platform that offers greater choice to users.

The new offering will provide “thousands of video services” in 4K UHD, along with games that can be played on TVs and other devices, and access to multiple sources of streaming media.

Vectra said it is deploying a Google-certified set-top that provides access to the whole of the Android ecosystem, giving them access to service they can currently use on their smartphone including Google’s voice assistant and the use of advanced games and applications. 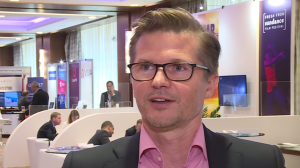 The operator said that the new offering would include existing Vectra services such as linear and advanced EPG channels, complete with video search and recommendation based on preferences, catch-kup TV, a VOD library, multiscreen access, access to streaming movies and sports and access to games.

“For many years, TV and cable operators saw Internet services as a kind of competition, or even a threat. We believe that the operator should not make decisions for his customers. Our role is to provide customers with the most convenient solutions, thanks to which they will be able to freely decide how to use entertainment services in general – we believe that the future lies in the synergy of telecommunications, television, video or gaming services. Such possibilities are provided by Android TV, and thanks to its integration with digital TV we will get the most modern home entertainment platform on the market,” said Tomasz Żurański, president of the management board of Vectra.