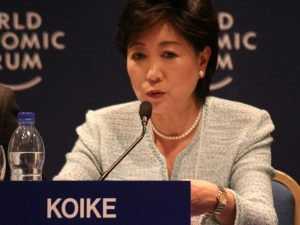 Tokyo’s governor Yuriko Koike has voiced confidence that the delayed Tokyo 2020 Olympics will go ahead next year.

The Olympic Games were officially delayed in March and later given a new schedule of July 23-August 8 2021.

However, even though we are a little under a year from the new date, fears are mounting over Tokyo’s ability to host the games as new COVID-19 cases continue to soar past 400 per day.

Speaking to Reuters, Koike said that “the situation is much better than before,” and that “we will do our best to prevent coronavirus infections here in Japan and also to welcome the athletes from all over the world.”

This statement of confidence comes a month after the governor said that the city could declare a state of emergency should the situation worsen.

One thing that is certain is a large increase in interest in the games, with the International Olympic Committee (IOC) just announcing that its OTT offering – The Olympic Channel – has seen a 65% annual increase in users.

The channel launched in August 2016 and has surpassed 3.3 billion video views across all platforms.

Mark Parkman, the Olympic Channel’s general manager, said: “The past several months have brought unprecedented challenges to our industry and organisation. But our ability to continue to grow during the Covid-19 pandemic is a testament to the global appetite for inspiring, entertaining and compelling stories featuring Olympic sports and athletes and the tireless efforts of our entire team to engage fans with the Olympic values.”