Plume teams up with Technicolor for smart home offering

Smart home WiFi specialist Plume has teamed up with the connected home division of Technicolor to supply its Consumer Experience Management (CEM) platform to the latter’s devices. 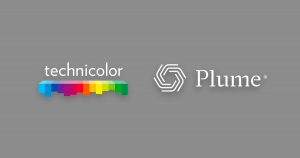 Plume said that the agreement would see OpenSync, its open-source framework for the smart home – pre-integrated with existing and new Wi-Fi 6-based open CPEs from Technicolor Connected Home, including cable-, xDSL-, and xPON-gateways, and Wi-Fi access points. According to Plume, OpenSync now powers close to a billion connected devices in approximately 19 million locations worldwide, providing a framework that enables the deployment and management of digital home services from the cloud.

Plume said the deal would give it expanded market reach through access to new broadband open CPE platforms, offered by Technicolor Connected Home.

“This new partnership will revolutionize the subscriber’s experience across every broadband delivery platform, whether its cable, DSL or fiber and will further cement Technicolor’s position as No. 1 in the broadband CPE space. This is key as the relationship between operators and subscribers rises in importance. Consumers are counting on network service providers to help manage the growing complexity of their connected home environments”, said Girish Naganathan, CTO at Technicolor Connected Home. “

“Today, personalized experiences are front-and-center to meeting the evolving needs of the modern consumer. As broadband speeds-and-feeds are no longer a material differentiator, the most progressive service providers prioritize bespoke experiences and an ever-expanding set of innovative new services to delight and retain their subscribers.  The Plume-Technicolor Connected Home partnership is intended to enable those leading service providers to do just that, quickly, reliably, and at scale,” said Sri Nathan, co-founder and VP Business Development at Plume.