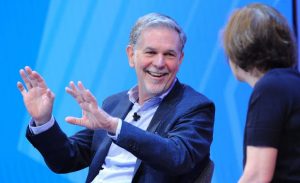 Netflix has reportedly been approached to buy the US operations of TikTok, becoming one of a long string of US-based companies linked with the embattled social media app.

Earlier this month, president Donald Trump announced that the app – which has seen a number of security concerns surrounding the data practices of Chinese parent company ByteDance – would be banned from the country. The administration later clarified that this would be avoidable should ByteDance divest its ownership.

Since then, a number of companies including Microsoft and Twitter have emerged as potential suitors and now the Wall Street Journal reports that streaming giant Netflix has been approached to sound out a potential deal.

Netflix, with a market cap of US$216.35 billion, would be one of a few companies whose businesses may benefit from TikTok while also being able to afford it. (By contrast It was reported that Twitter would need external investment to fund a deal.) The US business of TikTok is valued at between US$10-50 billion, leaving only a handful of players in a position to actually buy it.

It would also be an interesting move for Netflix, considering that co-CEO Reed Hastings earlier this year highlighted the Chinese company in his Q2 letter to investors as an entertainment player. He wrote: “TikTok’s growth is astounding, showing the fluidity of internet entertainment.”

The company however has not commented on the story and, if this was an approach from TikTok, there is every chance that it has no interest in buying the app.

While speculation continues to mount over a potential buyer, TikTok earlier this week launched a legal challenge against Trump’s ban on any transactions between US citizens and ByteDance. In its court case, the Chinese firm says that the government breached TikTok’s right to due process and that it was not notified ahead of the executive order. It also says that claims the Chinese government has access to US user data is lacking evidence.