France’s ministry of culture has officially asked media regulator the CSA to withdraw the digital-terrestrial spectrum allocated to public overseas channel France Ô from September 1, when the service is set to close down.

The CSA has also been given a mandate to authorise the broadcast of an HD version of news service Francinfo both for its service in metropolitan France and its offering for France’s overseas territories and departments, La 1ère en Outre-Mer. 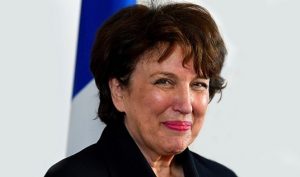 The CSA said that the termination of France Ô and that of youth and kids service France 4 – which has been granted a stay of execution until next year as a result of its role in the COVID-19 lockdown – would release two digital-terrestrial channels. The regulator will launch a public consultation on the use of these in the coming weeks, with a view to garnering the views of interested parties on the the evolution of the numeration of DTT channels both in metropolitan France and the overseas territories and departments.

The closure of France 4 and France Ô was announced in June 2018 by former culture minister Françoise Nyssen as a way to enable France Télévisions to make economies. The youth-oriented service cost an estimated €40 million a year to run.

However, France 4 was granted a temporary reprieve by the new French culture minister, Roselyne Bachelot, thanks to its role in the COVID-19 lockdown in providing programming and educational output for homebound schoolchildren.

The two channels had originally been scheduled to go black on August 9 after the Tokyo Olympics, which each would have had a role in covering. The postponement of the Olympics until next year made that date less relevant.