DAZN looking at new financing options including IPO and divestments 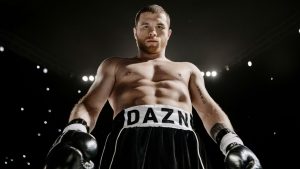 Sports streamer DAZN is once again looking at options to raise new funding, according to a report by Bloomberg.

According to Bloomberg, UK-based DAZN has been speaking with advisers about a range of options to secure finance, including a public listing as well as divesting assets.

The new service reported that the streamer is trying to raise up to US$1 billion, citing unnamed sources.

Funding options being considered include an IPO or a public listing through a special purpose acquisition vehicle or SPAC – a company specifically set up to raise money through an IPO to buy another business.

According to the report, DAZN has also discussed selling a stake in its Japanese business.

SPACs are an increasingly popular mechanism to raise funds as they offset some of the risks of a straight IPO. SPAC companies have two years to complete an acquisition, after which they must return cash raised to investors.

DAZN, which is backed by UK-based billionaire Sir Len Blavatnik, said it was not confirming or commenting on the rumours.

The UK Financial Times reported in May that DAZN was seeking external funding as it battled the economic impact of the coronavirus pandemic.

The paper reported that the streamer had reached out to a number of media groups such as Liberty Global with the sale of an equity stake being preferred, and that Blavatnik, the third wealthiest man in the UK, had not ruled out selling the group outright.

DAZN had earlier outlined plans to expand its global presence from nine to 200 markets with a boxing-focused offering, which were put on hold during the COVID-19 crisis.