NTV+ shuts down interactive TV service in favour of online 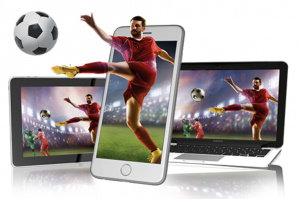 Russian pay TV operator NTV+ is shutting down its interactive TV offering in favour of its online TV service.

The pay TV operator has said it will shut down the interactive TV offering, which provides pause live TV, rewind and on-demand viewing via set-top boxes, on September 1.

The company said that all subscribers who use the interactive TV service and have a Basic or Basic Plus package will receive a month of free access to the multiscreen online TV offering, which provides similar functionality via the web and mobile apps.

When the free month expires, users will be able to add the service via their personal account for RUB199 (€2.30) a month.

While the online TV service provides all the functionality currently available via set-top interactive TV, not all channels available to satellite subscribers are available online due to rights restrictions.

The online TV offering provides 170 channels and is available via the web and on Android and iOS mobile devices.

NTV+ announced in January that its online TV service had passed the 150,000-subscriber milestone, up 81% on the figure for the end of 2018, with 85% of customers renewing their subscription.

The service includes a number of thematic packages along with on-demand services such a Amediatek, the home of HBO in Russia, Megogo and Start.ru

The service was extended to CIS countries outside Russia at the end of April this year, including premium offering Amediatek, in a number of those countries.