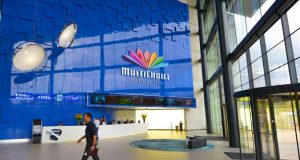 The company’s DStv Showcase virtual event highlighted what MultiChoice described as the biggest offering of new products, programmes and value bundles that it has offered in over 10 years.

New products include the DStv Explora Ultra set-top, which provides access to third-party streaming apps, along with streaming offerings DStv Streama, Showmax Pro – which brings sports content to the existing Showmax offering – and Add Movies to get M-Net’s three hottest movie channels added to their bouquet, as well as an improved DStv Now app.

DStv is also bringing a raft of new content to its flagship service M-Net in September, with the addition of series including Mrs America as well as new local drama Inconceivable and homegrown telenovela Legacy.

MultiChoice CEO Calvo Mawela said that pay TV growth across Africa was “still in its infancy”. He said there was an opportunity to grow to 40 million subscribers across the whole continent.

Interviewed online by journalist Richard Quest, he said that the pay TV operator was seeing disruptors but that acting as a “super aggregator of all content that is out there” would enable MultiChoice to be the “one stop shop for entertainment” built on the twin pillars of local content and sport.

Mawela said that Africans are “hungry for stories told by people within their communities in their language” which had led the operator to “go hyper local” and cut down on expensive Hollywood content that made the operator’s cost base more susceptible to currency shifts.

He said that producing content in Africa meant that it was incurring costs in local currencies in markets where the cost of production was low, while at the same time adding content that helped the operator combat churn more effectively.