Romania-based service provider Digi has posted solid second-quarter financials in the face of the COVID-19 pandemic. 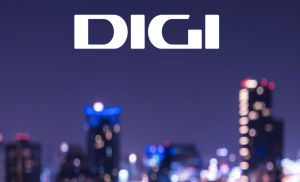 The operator, which provides pay TV, broadband and mobile services across Romania and parts of central and eastern Europe as well as operating in Spain and Italy, said it made Revenues of €310 million for the quarter, up 5%, with service revenues growing by 8%.

The operator said it had reached 16.9 million revenue-generating units as of June, up 9% year-on-year.

Digi said operations in all markets in which it operates were able to continue to deliver stable results during the peak of the pandemic.

The service provider had 4.5 million cable TV RGUs at the end of the period, the highest level ever, according to the company. `internet subscribers numbered 3.9 million, while mobile RGUs numbered six million.

Romania delivered 61% of group revenues and 70% of RGUs, along with 75% of consolidate EBITDA. Romania saw an 8% rise in pay TV numbers year-on-year, along with a 13% rise in internet customers.

Digi said its operation in Hungary remained in line with “normal business periods” despite restriction in that market. IN Spain, where it offers mobile services, the group passed the 2.1 million RGU threshold and Spain now accounts for 21% of group revenue and 12% of EBITDA. Digi is now also offering fibre services in Spain, and has expanded this offer to 25 of the country’s 50 regions.

“Our company marked the third anniversary of its IPO on Bucharest Stock Exchange, in May 2020, during a period of many changes and economic challenges. Digi’s teams of managers and employees showed an immense capacity of responsibility and flexibility in the last 6 months in response to the sanitary crisis. Together, we overcame the obstacles of unpredictability and proved our determination to fulfill the business strategy proposed to shareholders and investors,” said Serghei Bulgac, CEO of Digi Communications.

“In Romania, the Council of Competition approved in July an agreement regarding the transfer of certain assets of three independent operators – AKTA, DCS and ATTP Telecommunications – to our local subsidiary. This is a further step in the company increasing Romania`s digitisation and diminishing connectivity gaps between different regions on our main market. By providing high-quality services at affordable prices to hundreds of thousands of customers, we show our commitment to deliver unlimited connectivity and encourage their aspirations to a better quality of lifestyle.”