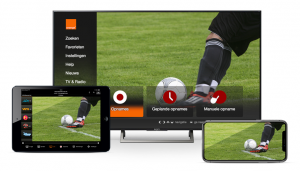 Zappware implemented the integration of the Eleven Sports to make the Jupiler Pro League available for its customers for the coming five years. Zappware said it implemented the extra feature in record time.

Eleven’s channels are available on Orange TV via the Orange Football offering. Eleven is providing three new channels covering all League 1A and 1B matches, the Supercup, the Women’s Super League and the e-Pro league.

Orange is offering Orange Football for €10.99 a month, available via the TV, smartphone or tablet. Orange is providing access to the Eleven channels via its regulated access to the Voo and Telenet cable networks.

Christophe Dujardin, Chief Consumer Officer at Orange Belgium, said: “As a bold challenger on the telco market, we were able to acquire substantial market share on the convergent market, thanks to our strong and simple TV offer, including the Orange TV solution provided by Zappware. Leveraging on this success, Orange Belgium now takes its ambitions to the next level by granting access to The Jupiler Pro League on TV and other screens. After we secured this content deal, Zappware did a great job in bringing this extra content feature live in a record-time.  We have been teaming-up with Zappware since 2014 in order to deliver meaningful innovations to our customers, and now to the football fans among them.”

Patrick Vos, CEO of Zappware said: “Our journey with Orange started with a first challenge in 2014: building a consistent user experience across unbundled cable infrastructure of different cable networks, a world premiere. Moving on, the evolution to a fully featured multiscreen solution and now the integration of premium sports. Winning market share and winning the battle for HDMI 1 can only be done by a seamless integration of Orange’s great content on Zappware’s powerful digital TV platform. As the end-to-end digital TV partner for Orange Belgium, Zappware is looking forward to support them to win even more fans now.”