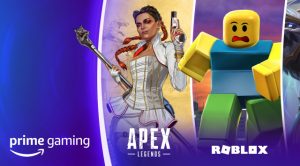 While Twitch is free to view, the US$12.99 per month subscription – formerly called Twitch Prime – gave users a number of perks including a special identifier in live chats, access to exclusive chat emotes, one complimentary channel subscription a month, and free in-game ‘loot’ for titles such as League of Legends, Red Dead Online and FIFA 20.

A Prime Gaming subscription is also a benefit of the overall Amazon Prime membership, and this rebrand makes it sit alongside its other offerings such as Prime Video and Prime Reading.

Amazon didn’t explicitly say why it was rebranding the service, but it is likely that many of its 150 million-plus Prime subscribers were unaware of this particular perk. In a press release, the company said that it is “easier than ever for the more than 150 million paid Amazon Prime members to enjoy everything that’s possible on Twitch and beyond with their Prime membership.”

The rebrand also comes as Amazon continues to increase its investment in gaming, with its Amazon Games studio in the process of launching a number of high-profile online titles – though the release of Crucible and New World have been affected by development issues and, of course, the ongoing coronavirus pandemic. The company is also reportedly looking to launch its own cloud gaming service as a competitor to Google Stadia and Microsoft’s xCloud.