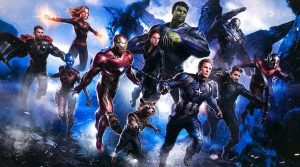 Ukrainian cable operator Volia has struck a long-term deal with Disney to offer content from Walt Disney, Pixar, Marvel and Lucasfilm, along with 21st Century Fox, to its subscribers.

The new agreement will enable Volia subscribers to view moves from Disney-owned studios as well as the option of signing up to a SVOD offering on a month-by-month baiss.

Volia will also add 150 new titles a year to its online movie service, along with series from ABC, totaling about 500 hours a year, along with an additional 500 episodes of animated seres from Disney Channel.

“We are very happy to expand cooperation with Volia. Our goal is to provide Volia  users with the most compelling content, ”said Anna Walczak, Disney’s sales director for Central and Eastern Europe and Africa.

“Briefly summarizing the result of our cooperation, we now have one of the largest subscription cinema services, with a variety of content from Disney, in Ukraine,” said Sandra Krauina, marketing director of Volia.