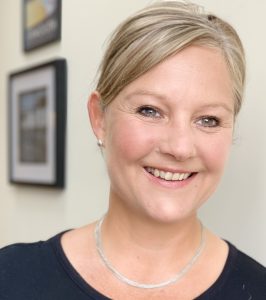 ViacomCBS Networks International (VCNI) has hired a BBC director to head up its business and legal affairs.

The media giant has announced the appointment of Kathryn Richardson as VP of business and legal affairs for its business in the UK.

The exec joins from the BBC where she has served since 2005, with seven years as  director of commercial rights and business affairs for legal, talent, digital and operations.

In her new role at VCNI, she will have strategic oversight of the UK legal and business affairs function, including managing legal risk and delivery across its commercial strategy and ensuring the regulatory compliance of all content broadcast on ViacomCBS’ UK channel portfolio.

This marks Richardson’s return to ViacomCBS, having starting her legal career at MTV Europe in 2000.

Chames said: “Kathryn has a fine-tuned understanding of broadcast legal processes and extensive knowledge in the media space, including previous experience with our iconic MTV brand. I’m delighted to welcome her back to ViacomCBS, where she’ll play a key role in helping to grow the UK business in adherence to broadcast regulations across its wide and varied range of programming.”

Richardson said: “I am thrilled to be re-joining the ViacomCBS family at this point in its evolution. I have had an amazing experience at the BBC, working across a huge range of genres and challenges, but I’m ready to embrace this new opportunity and I’m really looking forward to working with many new and some familiar faces, as well as leading such a well-respected business and legal affairs team.”

This marks the latest executive hire for VCNI following the recent appointment of Jaime Ondarza as EVP and general manager of the newly-created regional structure of France, Iberia, Italy, the Middle East, Greece and Turkey. Similar to Richardson, Ondarza made a switch from another major media company, joining from Turner where he spent almost 20 years, including more than six as SVP Southern Europe & Africa.