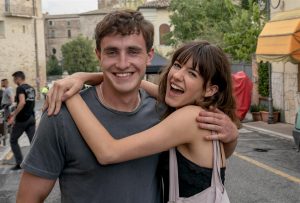 The BBC iPlayer has continued to demonstrate its value to the pubcaster, with the on demand service recording its best-ever H1 in 2020.

The service saw a renewed emphasis from the BBC amid the UK’s months-long lockdown with an increased amount of archival content, a feature that allows viewers from multiple households to watch together, and the launch of a long-awaited children’s portal.

All of this, along with the release of a number of hit new series, has proved a success, with the iPlayer seeing 3.1 billion requests to stream programmes between January-June. This was up 47% on the previous year.

The second quarter of the year from April to June also marked the most successful in the streamer’s history, with 1.6 billion requests – an increase of 59% from 2019.

The broadcaster was quick to add that this growth is not simply a result of the UK lockdown. A release from the BBC said that Q1 viewing – which preceded the lockdown – was up 34% over 2019.

It is expected that the second half of the year will perform in a similarly impressive fashion, with the recent addition of HBO co-production I May Destroy You and Emmy nominated historical drama Mrs. America.

The broadcaster also noted that its channel dedicated to the postponed Glastonbury festival which broadcast highlights from previous years and the FA Cup final were also highlights for the iPlayer.

Dan McGolpin, controller of BBC iPlayer, said: “It’s fantastic to see record viewing levels on BBC iPlayer across the first half of 2020, with huge numbers for the brand new and simply unmissable Normal People and for hotly anticipated returners like Killing Eve, This Country and Race Across the World.

“In a year full of challenges, BBC iPlayer has entertained us, connected us to events like the virtual Glastonbury and the restarted football season, broadened our horizons through Culture in Quarantine, educated our younger family members through BBC Bitesize and all the while kept us informed of the latest news from around the globe.”