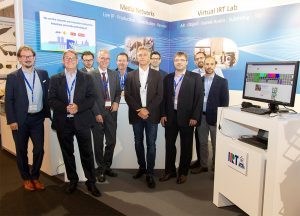 Germany’s Institut für Rundfunktechnik (IRT), the research and development outfit set up by public broadcast organisations, is to close after shareholders failed “to find a viable model” to keep it going.

The organisation said that “despite the most intense efforts, it has not been possible to develop a resilient economic base to develop a future for the IRT”.

The future of the IRD was thrown into doubt when German pubcaster ZDF gave notice that it would withdraw at the end of 2020. Other shareholders attempted to find a way to fill the financial gap, reported to be around €2.5 million a year, but failed to reach agreement.

The IRT has an annual budget of about €16.6 million with 70% provided by shareholders.

The IRT started life in 1956, with a remit to develop new technology for broadcast and audiovisual media, played a key role in the development of MPEG and HbbTV. The Munich-based organsiaiton employs about 100 people working in fields including Next Generation audio, future video, artificial intelligence, IP distribution, accessibility and 5G.

The group was supported by Germany’s ARD and ZDF, but also by Deutschlandradio, Swiss pubcaster SRG/SSR and Austria’s ORF.

The outfit will now be dissolved at the end of the year. Local Bavarian ARD affiliate BR had spoken up for continuation of the organisation.