Belgian telco Proximus, which managed to grow its TV and broadband base in Q2, has moved to accelerate its rollout of fibre networks across the country by signing MoUs with Eurofiber in Wallonia and Delta Fiber in Flanders.

Proximus and Eurofiber, which is expanding from an enterprise-focused business into the FTTH space, will now discuss terms for the build-out of fibre in a number of cities in Wallonia with a view to passing a minimum of 500,000 in the French-speaking part of Belgium. 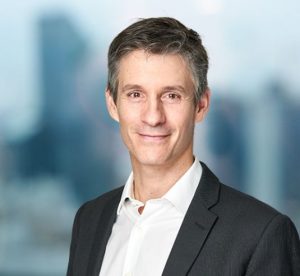 The agreement with Delta Fiber, meanwhile, envisages passing about 1.5 million homes in Flanders with fibre. The Dutch company connects over 700,000 premises with fibre in the Netherlands and aims to pass one million homes b the end of next year.

Proximus has set an overall goal of passing 2.4 million homes with fibre by 2025.

Proximus added 11,000 TV customers in the second quarter, more than double the number of net adds than for the same period last year as it resumed installation activity after the March COVID-19 lockdown, taking its total to 1.652 million. The operator also added 19,000 fixed broadband users, taking that total to 2.108 million. The number of convergent customers rose to 1.091 million, up by 12,000. Contract mobile customers were up by 45,000 while prepaid mobile customers declined by 35,000.

CEO Guillaume Boutin said that the company “grew its customer bases for fixed Internet and TV, partially influenced by lower churn levels and a catch up on the installation delay following the decision mid-March to limit customer installations to urgent interventions only”.

Proximus posted revenues of €386 million from fixed services for the second quarter of 2020, growing by 2.3% from the prior year and showing some improvement on the first quarter – up1.9% – following its growing base for internet and TV.