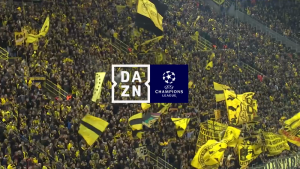 Sports streamer DAZN has cut its rights deal with UEFA in Southeast Asia by a year.

DAZN signed a deal with UEFA for the Champions League and Europa League from 2018-21 across Japan, Thailand, Laos, Cambodia, Singapore, Brunei, the Philippines and Taiwan. Digital TV Europe understands that while the service is now available in all of those countries as a part of a beta test which kicked off on July 24, DAZN is still seeking the termination of its deal with UEFA.

This termination also includes Japan where DAZN is a leader in sports broadcasting and has shown the competition since 2018. The broadcaster will still show the remaining matches of the 2019/20 competition which will take place in August.

However, DAZN has had to sublicense the rights in other Southeast Asian countries, which has reportedly seen it make a loss on its investment – a loss which has been heightened due to the economic impact of the coronavirus pandemic.

Elsewhere, SportsPro Media reports that DAZN has also terminated its broadcast rights deal with Italy’s Serie A in Brazil. The outlet says that this is a part of a realignment strategy towards existing core markets that has come as a result of the coronavirus pandemic.

As such, the London-based broadcaster has invested in Germany, picking up a cut-price package of rights to the Bundesliga. The company also recently announced partnerships with Telefónica Germany (via O2) and Swisscom that lets customers subscribe to DAZN directly through their pay TV operator.