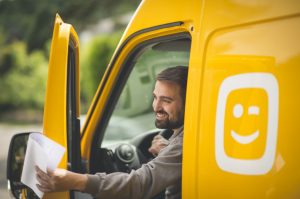 The operator had 598,900 converged customers at the end of the period, up 28% year-on-year, with penetration of its overall base now standing at around 29%.

The higher proportion of multiplay and higher-tier broadband customers also helped lift ARPU by 2% to €58.40.

Revenues were down by 5% to in Q2 on a like-for-like basis due to the impact of COVID-19 on its ‘other revenue’ line. Reported numbers were up for the first half thanks the combined impact of the acquisition of De Vijver Media and the sale of Telenet’s Luxembourg cable business, but also down – by 3% – in the COVID-19-impacted second quarter

Adjusted EBITDA was up 2% in Q2 on a reported basis to €352.4 million thanks to the impact of the latter transactions, and flat on a like-for-like basis, but up for the first half.

Telenet also posted a 230% lift in net profit for the first half thanks to lower net finance expense and lower income tax expense.

CEO John Porter said that the company had “accelerated positive operational momentum” despite the COVID-19 crisis, highlighting growth in broadband and the stability of the TV base as well as growth in fixed-mobile convergence.

“On the entertainment side, we noted the main impact of COVID-19 on our De Vijver Media TV advertising revenues and our Play Sports offering where we lost 20,500 subscribers in Q2 2020 as the national Jupiler Pro League competition was stopped. Meanwhile, thanks to the re-start of several international competitions, we managed to stabilise churn,” he said.