Parrot Analytics: campaign to save Anne With An E reflected by surge in viewing demand 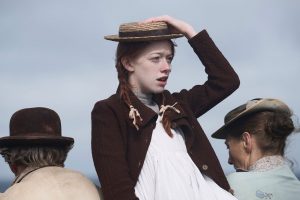 The public demands for a fourth season of Anne With An E has seen the show shoot up to fourth in Parrot Analytics’ originals in-demand chart for the week ending July 26 in Italy.

The literary adaptation was recently cancelled by Netflix, but has seen renewed public attention thanks to a petition which has drawn the signatures of more than 1.1 million fans, making it the largest entertainment petition in change.org’s history.

The campaign to save Anne With An E saw the period drama rise to fourth with 14.3 times the demand of an average show.

Meanwhile, the final season of Netflix’s German-language original Dark has continued to be a huge hit with viewers across Europe, with the series attracting 22.2 times the demand of an average show at the top of the pile.

This is followed by Spanish crime heist show La Casa Del Papel in second with 19.2 times the demand of an average show.

It was a near-clean sweep for Netflix, with Disney+’s The Mandalorian – which was nominated for 16 Emmy Awards this week – being the only entry not from the streaming giant. The Star Wars series was in third with 17.2 times the demand of an average show.

The other Netflix titles in the list are either popular mainstays like and Narcos (13.1 times the average demand, eighth), soon-to-return shows such as Lucifer (14 times, fifth) and The Umbrella Academy (13.4 times, sixth), and fresh hit show Cursed (13.3 times, seventh).