Humax has launched what it boldly claims to be the world’s most advanced Android TV set-top box, the Humax H7, as part of a broader ramp-up of its efforts to target the growing Android TV market for operators. 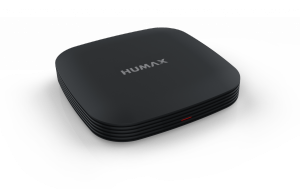 The new box is based on Broadcom silicon with a 24K DMIPS CPU, and comes with the latest WiFi technology, WiFi6 (11.ax) to enable 4K video streaming and cloud gaming.

Humax says that the H7 is the world’s first Android TV device to support both the AV1 video codec, and HDR10 video technology.

Humax said the box is ‘market-ready’ and that it will expand its product line-up to encompass sound and voice integrated products including IoT features.

The set-top supplier says it recently signed a contract to develop a next-generation solution for a major telecommunications operator in North America, without naming the cusotmer.

Humax said it plans to launch H7 in Europe and Asia before the end of the year.

The company said it also plans to extend its Android portfolio to include end-to-end systems to deliver the features of the Android TV service to any operator in any region as a complete platform offering.

“With this innovative Android TV product and our Humax E2E solutions, Humax can quickly supply products that offer a variety of content and services to our customers, paving the way to lead the Android TV OS market,” said Jeff Kim, EVP of worldwide sales at Humax.

Humax announced in January that cable operator T-Broad in its home market of Korea would use its hybrid UHD set-tops with the Android TV operating system. The company said at the time that it was expanding its Android TV OS set-top business.