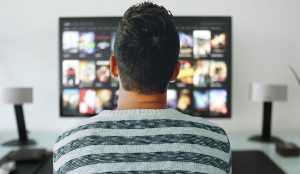 Inexpensive streaming devices have seen a significant growth in sales during the first part of 2020, with the financial uncertainty caused by the ongoing coronavirus pandemic resulting in a decline for TV sales.

According to ABI Research, the overall flat-panel TV market experienced a sharp decline in Q1 2020. It said that major TV manufacturers reported nearly 18% year-over-year decline in shipments during the quarter, largely drawn from the fact that consumers are unwilling to spend on major purchases which are deemed non-essential.

The firm has forecast a worldwide total of 222 million flat-panel TVs to ship in 2020 – a year-over-year decline of 3%.

It’s not all negative for TV makers though. ABI said that the market is expected to rebound from 2021, with it projected to grow at CAGR 4.3% to reach 275 million units in 2025.

Khin Sandi Lynn, industry analyst at ABI Research, said: “These conditions are likely to accelerate a decline in the sales price, too. TV makers will also need to focus on optimising sales channels and structures based on new market demands.”

However, while TV sales are suffering, the pandemic – combined with the recent launches of major streaming services from Disney, WarnerMedia and NBCUniversal – has had the inverse effect on the streaming media device market.

Existing streaming services have also benefited from the current climate. Netflix, for example, last week announced that it had added 10 million subscribers during Q2 2020.

The analyst noted that vendors such as Roku and Amazon reported a significant increase to sales numbers in Q1, with the sector seeing an increase of more than 4 million units shipped vs this time in 2019.

Unlike the dip in TV sales caused by financial uncertainty, ABI expects this growth to continue.

Lynn said: “The launch of new services along with bolstered broadband connectivity across different regions will accelerate the adoption of video streaming services and devices. This phenomenon is expected to contribute to the declining use of physical media devices such as the Blu-Ray media player.”