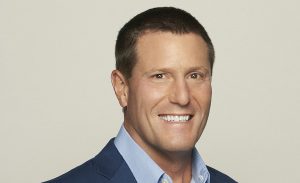 TikTok, the social media platform that allows users to create short-form video, has been given a “final warning” by Pakistan’s telecommunications regulator over “vulgarity and immorality.”

While the app has largely been a social media competitor to the likes of Instagram and Snapchat, the service is fast being taken seriously as a video streaming platform, in part due to the hiring of Kevin Mayer – the former D2C chief at Disney and lead behind Disney+ – as its CEO. Netflix went so far as to identify TikTok in its latest earnings letter to investors, saying that its “astounding” growth shows “the fluidity of internet entertainment.”

The China-based app is facing backlash surrounding a number of security and privacy issues, though Pakistan’s issue with TikTok is solely based around content.

The Pakistan Telecommunications Authority’s (PTA) latest warning comes after it sent notices to both TikTok and Singaporean live streaming platform Bigo Live with demands to moderate its content – with the latter being blocked in the country altogether.

In a statement, the PTA said: “PTA has decided to immediately block Bigo and issue final warning to TikTok to put in place a comprehensive mechanism to control obscenity, vulgarity and immorality through its social media application.”

Pakistan enacted controversial laws around social media and digital content in March which are designed to give the country “greater control” over the content produced by its citizens. The law, dubbed “Citizens Protection (Against Online Harm) Rules, 2020”, forces social media platforms to remove posts that the government deems to be objectionable. While the government said it is targeting content which promotes ‘extremism’, many human rights advocates have criticised the laws as censorship.

In comments made to news agency Reuters, TikTok said that it was increasing dialogue with the authorities and that security was its primary concern.

This controversy follows brief bans for TikTok in India last year after a court said the app encouraged pornography and following a military impasse with China.

Both TikTok and Bigo Live have been downloaded millions of times in Pakistan, with the former being the third-most downloaded app of the past 12 months.