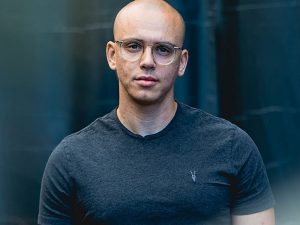 Speaking to The Verge, the rapper who announced his retirement from music last week said that he has signed a deal worth seven figures.

In a jovial interview, he said: “I’m not this rapper guy, man. I’m just a nerd. I love video games. I’m blessed enough to have millions of fans and followers. So it is a great partnership – I’m going to bring new eyes to their service, they’re going to bring new money to my bank account, and – I’m just kidding.”

Logic is not alien to Twitch, having been a user for a number of years – albeit as a viewer rather than a streamer.

The rapper will make his bow on the service today (July 21), streaming the entirety of his new album No Pressure ahead of its scheduled July 24 release. Ahead of the stream, Logic has already amassed in excess of 77,000 followers on Twitch.

In what could become a trend for popular culture figures, he also said that Twitch will become his primary means of connecting with fans due to the platform’s chat moderation policies.

While Logic will not be performing music on Twitch, the platform has become something of a haven for musicians and fans who have been starved of live concerts during the coronavirus pandemic. The ‘Music & Performing Arts’ category on the platform is consistently highly ranked with thousands of concurrent viewers watching artists perform online.