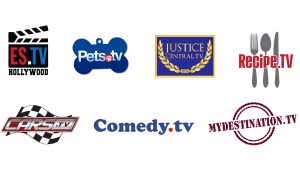 Allen said that this distribution deal, which was facilitated by SAWA Rights Management, is part of a wider arrangement that will soon extend to other Middle East territories, including Qatar, Saudi Arabia, Oman, Lebanon, Jordan, Iraq, Bahrain, Kuwait, Egypt, Tunisia, Algeria and Morocco.

“The international demand for American content is a multi-billion dollar marketplace,” said Tom Devlin, President of International Television Sales/Marketing for Entertainment Studios. “We are excited to bring our portfolio of family-friendly lifestyle networks and programming to the Middle East and North Africa television markets for the first time as we continue to expand our network brands worldwide.”