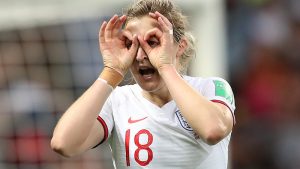 The FIFA Women’s World Cup could be turned into a biennial event, the governing body’s president has said.

Gianni Infantino was speaking at the World Football Summit and said that the increased demand caused by the success of 2019’s edition of the tournament, could result in it becoming a more regularly staged event.

As reported by SportsProMedia, the president told attendees: “One idea that came in this period, and even before as well, is that maybe we should organise the Women’s World Cup every two years instead of every four years.”

The 2019 FIFA Women’s World Cup in France is largely considered as a breakout moment for the sport, particularly in the UK where the semi-final between England and the USA became one of the most-watched broadcasts of the year and in France where 11 million viewers watched the host nation on TF1.

Infantino added: “For the next Women’s World Cup in 2023, we had a lot of interest around the world. We’ll go to Australia and New Zealand. Then, what happens next? Should we go to South America? Or maybe Europe or North America want to organise it again? Why not South America? Why not Africa? So, we need to see what we can do.”

Despite this growing enthusiasm for women’s football in Europe, the coronavirus pandemic has threatened to cut off its momentum.

The next Women’s European Championship – initially set to be hosted by England in 2021 – has been shifted back to July 2022 in order to accommodate the postponed men’s Euros. The English FA made the decision to curtail the Women’s Super League while the men’s Premier League made a comeback in mid-June, a move which the shadow minister for sport, Alison McGovern, said is effectively “binning women’s football without a broader plan”.

In spite of this, Infantino said that the body has acted in order to prevent this outcome, calling the women’s game “a top priority for FIFA” and pledging US$1 billion investment over the next four years in order to further spread the sport.