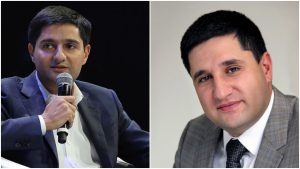 TelecomArmenia (TEAM), a new telecommunications company in Armenia, has won approval from regulators to buy Dutch operator Veon’s business in the country.

TEAM was launched in April by brothers Hayk and Aleksandr Yesayan as a new player providing TV and internet services in Armenia. The brothers co-founded Ucom, one of Armenia’s largest telcos, as business development director and general director respectively, before jumping ship to start this new competitor.

Ucom had actually been in talks with Veon over buying the Armenian business Beeline. However, the brothers along with several hundred other Ucom employees, resigned amid disagreements over installing Beeline CEO Andrey Pyatakhin at the top of Ucom. Amsterdam-based Veon operates a number of mobile networks in emerging markets including Russia, Pakistan, central Asia and North Africa.

Following this mass walkout in April, Veon would publicly announce that it was withdrawing from talks with Ucom in May with no specific reason cited.

The following month, it was announced that the first major piece of business for TEAM would be to acquire Beeline. TEAM applied to the State Commission for Protection of Economic Competition (SCPEC) for a permit to buy 100% of the shares in VEON mid-June.

Now the deal has been approved by the regulator a little more than a month later with no value disclosed. TEAM said on Friday that the deal would close soon.

It is believed that in the competitive Armenian market, the merger between TEAM and Beeline will create a major competitor to market leaders Viva_MTS and Ucom.

Speaking of the merger when it was first announced last month, Hayk Yesayan said: “TEAM is paving a new way in Armenia’s telecom and digital services market and this purchase will help us further enhance our professional team and develop the infrastructure. TEAM has already begun designing and building a next generation network.”