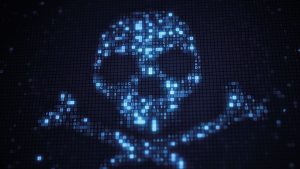 Five individuals responsible for creating and maintaining around 20 pirate sites in France have been found guilty by a Rennes criminal court following a complaint lodged by pay TV operators Canal+, BeiN Sport and RMC Sport.

The three broadcasters filed the complaint in collaboration with the Association de Lutte contre la Piraterie Audiovisuelle (ALPA). The individuals concerned were found guilty of reproducing, communicating and distributing content illegally on the web, including numerous French and international sports events.

The nine most frequently used sites set up by the group attracted an estimated 7.5 million visitors between 2014 and 2017. The creators of the sites profited primarily from advertising associated with the sites.

The leader of the group was sentenced to 12 months in prison, with six months suspended.

Canal+ said the judgement represented an important ste forward in the battle against fraudulent distribution of content.

“The Rennes decision consolidates the position of Canal+ Group as an actor in the struggle against piracy, which is booming and clearly expanding in multiform ways, and which impacts more and more every day the totality of the sports ecosystem, both of professional and amateur sport, and of the media and pay TV industry,” said Céline Boyer, head of content protection at Canal+.