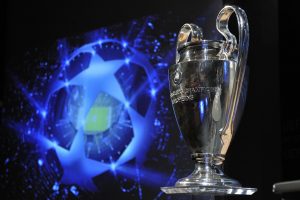 Telefónica’s Movistar+ platform has secured rights to the UEFA Champions League and the UEFA Europa League until the 2023-24 season.

The agreement gives Movistar+. broadcasting rights to the main European competitions both for residential customers and the HORECAS market of hotels, restaurants, cafés and public premises in Spain and Andorra.

Movistar+ also has rights to the UEFA Super Cup and the UEFA Youth League, along with the new UEFA Europa Conference League, developed from the Europa League.

Telefónica has separately struck a new deal with Orange España to provide the Champions League and Europa League, along with Spain’s first and second division domestic football from La Liga for the 2020-21 seasons, paying €300 million a season for the rights.

Emilio Gayo, executive president of Telefónica España, said: “This agreement with UEFA is an important step in Movistar’s strategy linked to the world of sport. Our Movistar+ platform continues to work after three decades to continue making football accessible in our country. A specialized team, the quality of everything surrounding the competition and differential production values are our hallmark. With Movistar, our client will always have the best sport and the latest technology to guarantee an added value entertainment experience, beyond the broadcasts”.

Guy-Laurent Epstein, UEFA Events SA marketing director, said: “UEFA is delighted to be continuing the distribution of the UEFA Champions League, UEFA Europa League and UEFA Youth League in Spain with Telefónica, as well as the new European club competition, the UEFA Europa Conference League. This partnership ensures the competitions will continue to receive comprehensive exposure, through the delivery of innovative coverage to football fans in Spain.”