Eastern Europe will add nearly 10 million digital pay TV subscribers over the next five years, according to a study by Digital TV Research – but the total number of pay TV customers in the region, including analogue customers, will decline as declining birth-rates and migration take their toll on the size of the population. 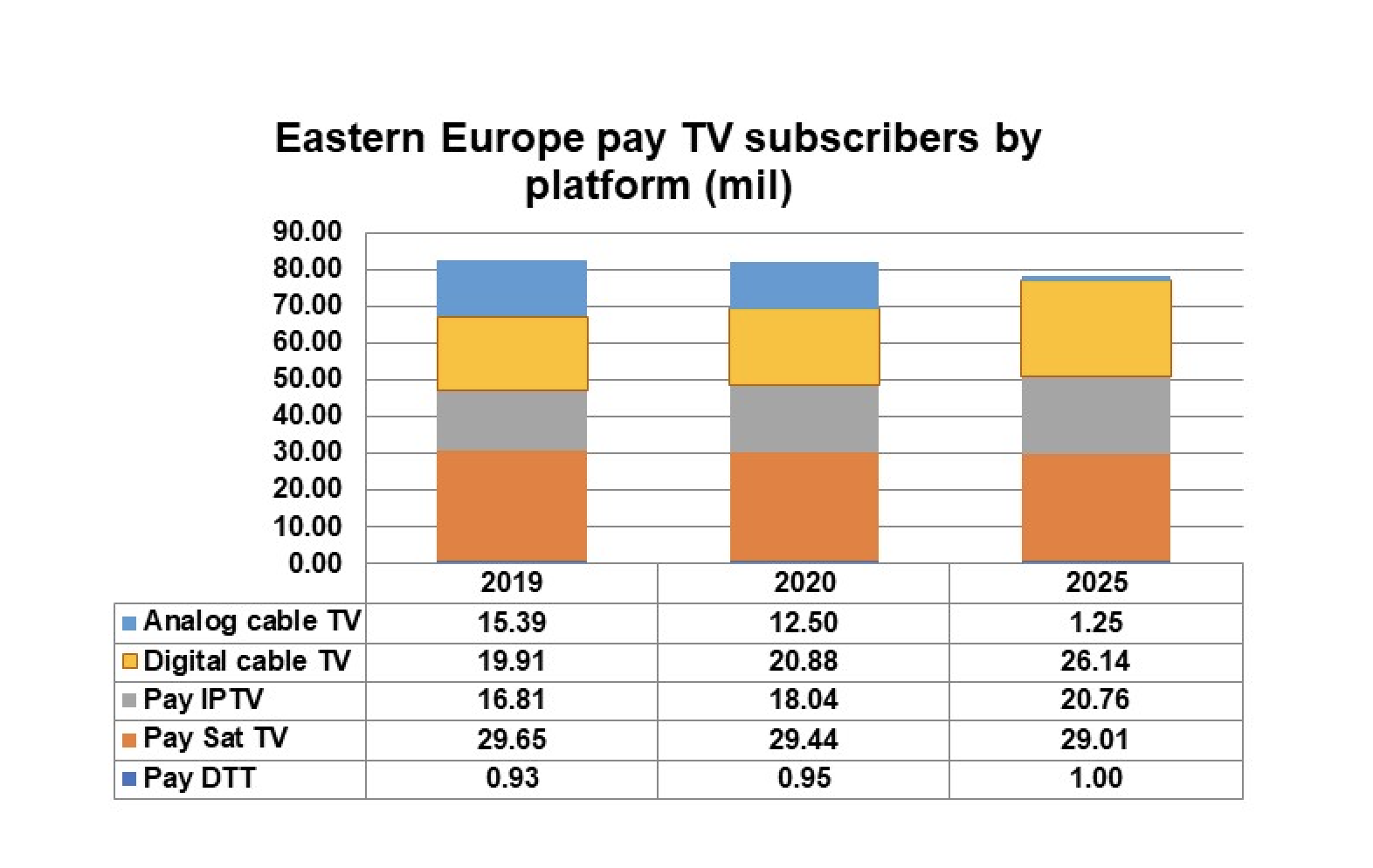 According to the research outfit, pay TV numbers will increase across the region between 2019 and 2025 to take its total to 77 million.

Digital TV Research notes that eastern Europe still had 15.4 million analogue cable subscribers by the end of 2019, meaning that the overall number of pay TV customers will decline over the next five years as those customers disappear, despite the increase in digital subscribers.

The number of TV households will fall in 16 countries between 2019 and 2025 – with the region’s TV households dropping by 2.2 million over this period.

Simon Murray, principal analyst at Digital TV Research, said: “The number of pay TV subscribers in Eastern Europe will decline from 83 million in the peak year of 2018 to 78 million in 2025. Migration married with low birth rates mean that populations will fall in 14 of the 22 countries that we cover between 2019 and 2025.”