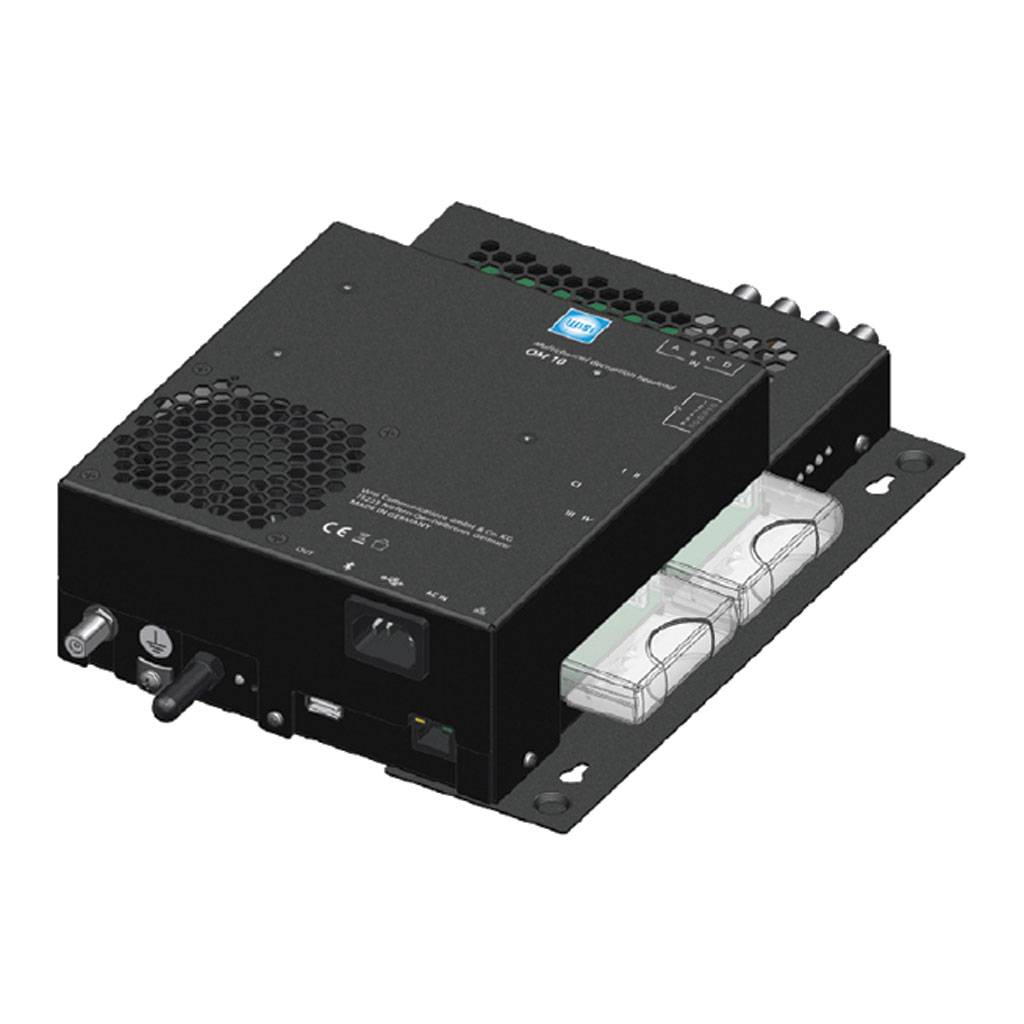 According to the company, the headend generates up to 128 SPTS services from six satellite transponders. The SPTS outputs can then be fed directly into an IP network and received by IPTV-capable end devices.

The Micro Headend OM 20 064S supports the DVB-S/S2 and the latest DVB-S2X standards and has four integrated Common Interface (CI) slots for the centralised decryption of pay TV content.

Operators can generate a multiplex from different satellite transponders and decrypt it using a single smartcard, enabling the efficient use of professional conditional access modules (CAMs), according to WISI.

The platform also supports customised in-house information channels for hotel guests. Video content can be fed in as transport streams via USB interface or LAN access and delivered as part of the TV channel line-up within the IPTV distribution network, removing the need for a modulator and an external video source such as a PC or laptop to maintain information channels.

To simplify the initial operation of TV devices connected to the IPTV system, M3U tables are automatically generated and stored on the OM 20 064S. Compatible TV devices access this M3U table and store the channels accordingly, eliminating the need for time-intensive TV channel searches. An integrated Session Announcement Protocol (SAP) supports the automatic update of the channel lists for connected SAP compatible end devices when changes have been made in the central IPTV processing unit.

The headend is DiSEqC 1.0-compatible to enable it to control input from up to four different satellites. The headend also has an integrated DHCP-Server that enables an automatic connection to the PC and an access to smartphones and tablets via Bluetooth.