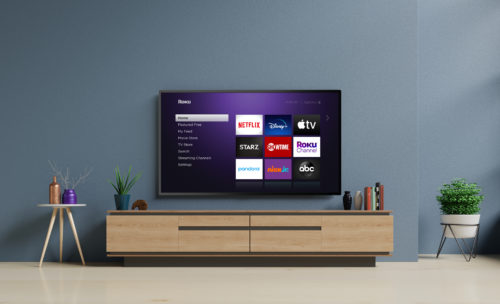 Streaming stick and OS maker Roku has unveiled the latest update to its Roku OS to roll out in the coming weeks.

The primary focus of Roku OS 9.3 is a greater level of interactivity via voice, with the feature now coming to the UK, Ireland and Canada. With the new update, users will be able to utilise their voice to control their media and devices, along with speaking natural phrases.

OS 9.3 also brings support for Amazon’s Alexa and Google Assistant, with users able to control their streaming device or smart TV via their smart speakers.

Other voice features of the new operating system update are more focused on the US market, such as the addition of visual search results, news-related commands, playback from search and Spanish language support for the US and Mexico.

Roku will also launch a redesigned mobile app to allow for greater interactivity with Roku devices and improved navigability.

In terms of other features, the update will also provide greater customisation of wallpapers and screensavers and overall improved performance including faster and more responsive usage.

The update will begin rolling out to Roku players in April, with Roku TV models promised the update ‘over the coming months.

Ilya Asnis, senior vice president of Roku OS at Roku, said: “The Roku OS continues to get better with a specific focus on delivering strong performance, especially on older devices, new and more ways to find content, and unique features to our customers.

“With Roku OS 9.3, we’re adding new functionality to Roku Voice in multiple regions around the globe with the primary goal of delighting our users in their day-to-day use of our devices. We’ve designed Roku Voice to enable consumers to get to the content they want quickly, allow them to browse in new ways and control their experience with a laser focus on entertainment.”